DALLAS (NCBWA) – Ten relievers have been named finliasts for the 17th NCBWA Stopper of the Year Award, which is given to the top relief pitcher in NCAA Division I Baseball. 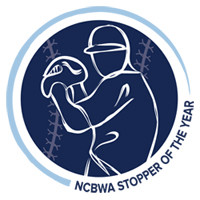 Four hail from the Southeastern Conference, while the other six are from the American Athletic, Atlantic Coast, ASUN, Colonial, Southern and Sun Belt. Eight of the 10 finalists received all-conference accolades. Charleston’s William Privette (3-1, 0.91 ERA and 12 saves) and East Carolina’s Carter Spivey (8-0, 2.43, 5 saves) were named pitcher of the year from their respective conference.

Three finalists are two victories away from reaching the 2022 NCAA College World Series in Omaha. In addition to Spivey, Auburn’s Blake Burkhalter (4-2, 4.02 ERA and 13 saves) and Tennessee’s Redmond Walsh (4-1, 2.58 ERA, 7 saves) are competing in NCAA Super Regionals this weeknd.

The nation’s statistical leaders are also featured on the list including NCAA saves leader Tristan Stivors from Texas State, who registered 18 saves in 32 appearances with a 7-1 record and 2.21 ERA for the Bobcats. Eastern Kentucky’s Will Brian ranked No. 2 with 15 saves, a 3-0 record and a 1.83 ERA in 31 apperances. Miami sophomore Andrew Walters boasted 14 saves with a 1.65 ERA in 24 outings.

The Stopper of the Year recipient will be announced via a news conference on Friday, June 17, at Charles Schwab Field Omaha.